New Bedford and Rockport, the last two stops on our vacation! 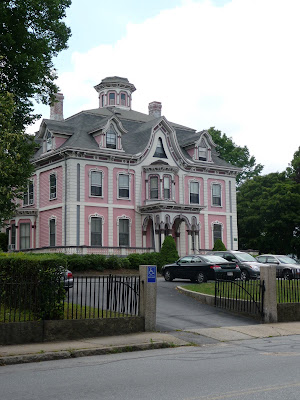 New Bedford, Massachusetts - The City That Lit the World - is a city full of history. The whaling industry built the city and beautiful captains' homes - such as this magical pink one - are part of a lovely walking tour. We even saw the home of Nathan and Polly Johnson, who gave shelter and food to hundreds of fleeing slaves in the Underground Railroad, including Frederick Douglass. We were both so moved. It is a city made for walking - narrative plaques tell the history all around and we stopped first at the visitors' center for directions and advice. There was a great 20-minute movie about the city and we left laden with brochures and a clear sense of what to see and do. 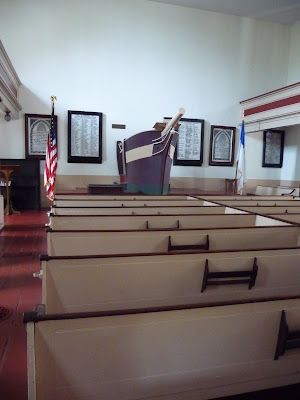 This is the pulpit at Salem Bethel, a Quaker built church that was founded to save the souls of fishermen lost at sea. I found two relatives of my dear Eric's on a plaque commemorating lost sailors - they were cousins of his father's. Herman Melville has a marked pew in this church. 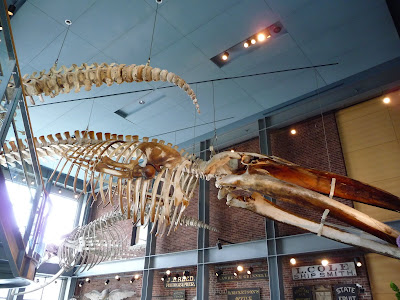 The whaling museum has enormous whale skeletons hanging overhead in the entry. Artwork and history from the whaling time made for a great visit. 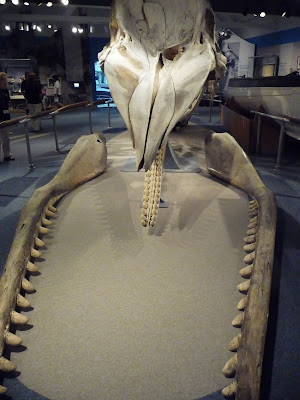 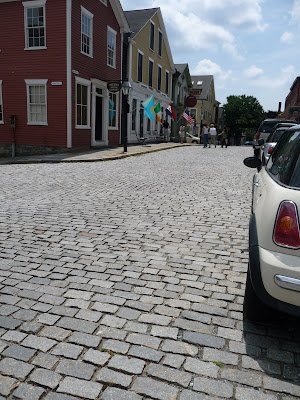 All of the streets in downtown New Bedford are cobblestoned and when the cars go by, everything rummmmmbbbbbbles. 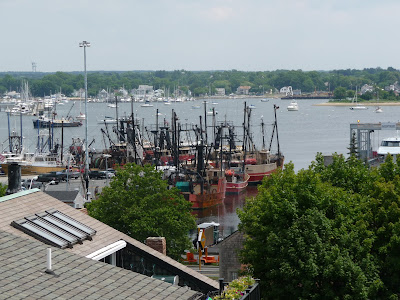 Here is a little view of the port - which is a short walk from downtown and the museum over a pedestrian bridge above the highway. It is very commercial still. Lots of draggers and fishing boats, including the one - very aptly named - below. 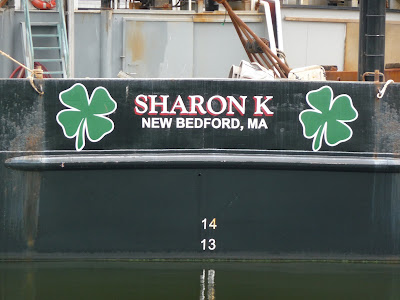 I wanted to sneak aboard and steal its life preserver with the boat's name on it but Donna wouldn't let me.... 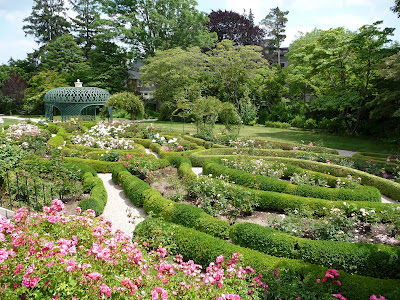 Here is a magical knot garden in one of the sea captain's mansions. The house is now used for professional offices but the garden is completely original. Following the walking trail is a must if you go! 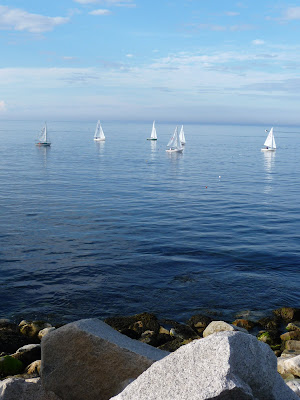 And then we drove through Boston onto Cape Ann and into the picture-postcard town of Rockport, Massachusetts. A little sailing regatta was under way. There are two harbors: a working waterfront and a country club sailing harbor. There's a breakwater and lighthouse and vistas to die for. There are a gazillion shops and tiny restaurants and we didn't want to leave. I could have stayed for a month! 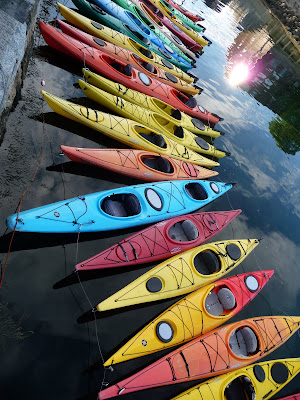 These kayaks presented a pretty picture (I took this one for Donna) below the rooftop restaurant where we had dinner. I enjoyed a fabulous sangria and we had salads....yummmy! And a man waiter - I always love to be waited on by men. 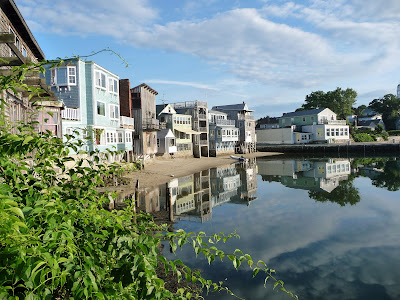 Behind all the shops were the living quarters and several tiny, lovely beaches. This village is a rare treat and one that is not too far away from Maine. We left after dinner (dark) and stumbled into our beds back in Pittsfield about midnight...

Tomorrow I'll treat you to pictures of Cape Cod - marvelous and inspiring!!

Your wonderful photos and comments make me want to make the trip! thanks, Sharon!

lovely photos an I always love being waited on by a man too ;-))

Hope you are still painting!!