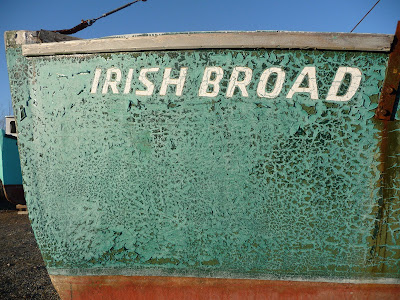 Now isn't she beautiful - all decked out in shamrock green.....I can imagine sitting on her deck, watching a Downeast sunrise, sipping my black tea.......ahhhhhh.

I was a bit early for a meeting in Eastport this week so I took to wandering through a boat graveyard. There was something so mystical, almost other-worldly about these neglected, forgotten vessels. The was a majesty in their rust, their peeling paint, their empty decks. Who rode the waves on these boats? What did they carry - was it lobster or other seafood? Or maybe it was other cargo, people on vacation trying to get from here to there. My imagination wandered as I passed boat after boat. Empty and forgotten. Like this one - now who would feel confident sailing on a boat named "Iffy?" 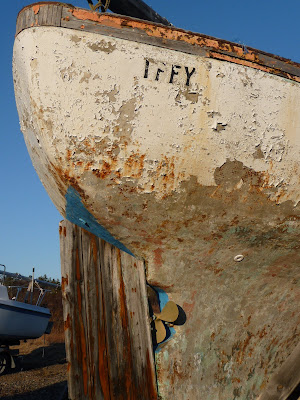 Look at her wooden rudder, her tiny metal propeller...surrounded by rust and rot. Where did Iffy go? North? South? East? and where is her captain and crew.... 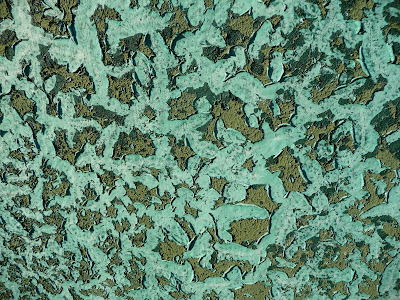 The peeling paint and rust was sometimes as hypnotizing as the sea itself, creating patterns and swirls and whorls of beauty. 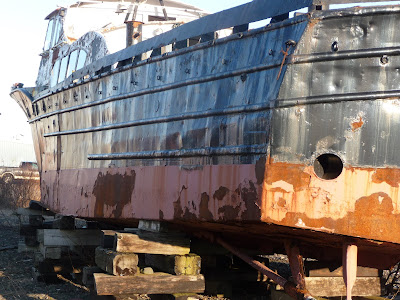 Rust buckets - what cargo did this monster hold? Tons of herring to ship to the sardine factories for canning? 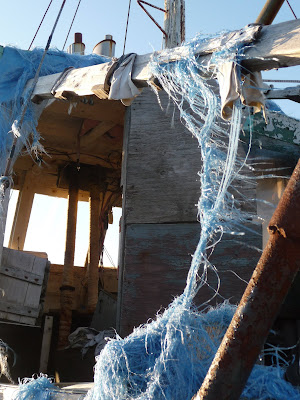 The wind shreds an old tarp, once laid over this cabin to protect it from weather.... 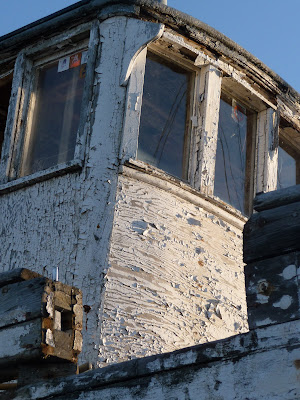 There is such beauty in this shredding paint, this peeling wood, the ravages of time. 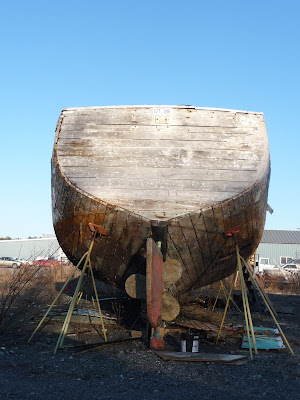 The graveyard was quiet as the sun prepared to set. A gull would scream and then the silence would settle again, borne on a soft wind. They have served their captains well. Their crews have stormed the seas and made it safely back to port.

Kind of sad to see them go to waste. I would love to hear the stories they have to tell. I thought you were referring to yourself with that name Irish Broad! Are you Irish?

I know where you were, and that place has always been like a graveyard to me, only more sad. Thanks for the photos. RHS

Beautiful post, I feel this way about old houses on the roadside....I always wonder who lived there - what happened and why it is now abandoned.